What could 51 Senators do to Save the Republic ?

I don't think knives in the Senate chamber will be needed to deal with Orange Julius.

I am inclined to fantasize two things. First I imagine that Trump will attempt to place himself above the law (not a fantasy). Second I dream that Democratic Senators, two independents, McCain, Flake and Corker will resist with all instruments provided by The Constitution.

They can replace McConnell with one of them (say Corker). They can nuke the rules of the Senate. They can make 100 new committees Trump Russia committees 1 through 100 each consisting of one Senator with full power of subpoena.

They can hold Trumpers who resist Subpoenae in contempt of the Senate. The whole Senate can find them in contempt and propose that the House impeach. The 51 can keep the Federal Government open with weekly continuing resolutions and shut it whenever the Trump administration resists.

I think the Senate can clearly hold people in contempt -- that is have the sergeant at arms lock them up in some office.

Crazy and not enought.

Now 67 Senators and 290 Representatives can pass laws over vetoes. They can include making 535 committees with the power of subpoena and the rule that unelected employees of the US government found to be in contempt of Congress are not allowed on US government property. They can (by law) grant themselves the power to search and seize all US government property (maybe excluding property of the judiciary and stuff in the White House). This would require no warrants as the property already belongs to the US Government and the law describes what that means.

The power of veto and pardon won't cancel this law.

I have long believed that, if there is a God, He (or She) created to world to find the ultimate abyss of idiocy. This causes me great concern when I fear that we have achieved our Purpose as the world might cease to exist when we achieve ultimate idiocy. I was very concerned on my 56th birthday (November 9 2016). Subsequent events have caused me to doubt my non-faith. I mean if Trump isn't the pinnacle of the quest for the nadir then maybe it isn't our Purpose. But now I am concerned. It appears that George Papadopoulos, previously known as the Trump advisor who put his accomplishments at the model UN on his CV, may have saved humanity. My theory implies that the Lord (or Lady) chooses utter idiots as the preferred vehicle of His (or Her) Grace. Previous examples of the Lords Annoying are Galina Romanov daughter of the dread Soviet Communist enemy of human rights Grigory Romanov who narrowly lost the contest for General Secretary to Mikhail Gorbachev. This was one of the more important events in the 20th century. I have neither proof nor doubt that it was caused by Galina Romanov's wedding reception. As per his contempt for all standards of decency, Grigory forced the Hermitage to loan china which had belonged to Catharine the Great for the reception. His daughter and son in law decided to celebrate by smashing the plates. Thus humanity was saved (for a while). There was still the problem that the USA wasn't necessarily willing to accept Gorbachev's unconditional surrender in the cold war. Fortunately God's little finger Joan Quigley intervened. Ms Quigley (sadly departed 3 years ago) was an astrologer who convinced Nancy Reagan to convince Ronald Reagan to trust Mikhail Gorbachev. Can the 21st century match these two heroines of the 20th ? I thought not, but it appears that George Papadopoulos, unsatisfied with his triumphs at the model UN, decided to subvert US democracy by dealing with a mysterious professor who said he would help the Russian State help Trump help himself to Hillary's e-mails. Oh what a tangled web we weave when we are idiots totally over our heads. The Lord (or Lady) works in mysteriously moronic ways.
Robert at 10:37 PM No comments:
Share

I Found the Whitey tape ! 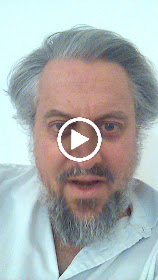